They talk of faith and loyalty, but how can one be loyal to others, if one is not first loyal to one’s own nature?

— The Haunted Woman, ch. XIV, “In the Second Chamber Again” 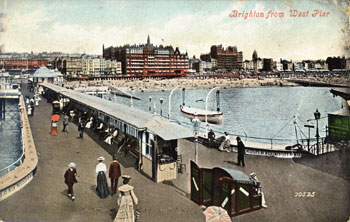 Isbel Loment is living an empty existence as companion to her elderly aunt, Mrs Moor, accompanying her on an endless tour of hotels. She has, however, recently received an inheritance, and is soon to marry the conventional Marshall Stokes; all that remains is for her to find somewhere to settle her aunt.

On the way back to England from America, Marshall has met Henry Judge, a recently bereaved widower. Judge lives at Runhill Court, a house with a history running back to the 9th century, in which he has had several strange experiences in the East Room: a staircase appeared where there was not one before. He climbed this mysterious staircase several times, but can remember nothing of what happened up there. He asks Marshall to take a look. Marshall decides to take Isbel and her aunt, thinking Judge will soon be wanting to sell the house and that it will be perfect as a place to settle Mrs Moor.

Isbel reacts to the house. Although she does not enter the East Room (it is locked), she hears a vaguely musical, spectral sound. Intrigued, she accompanies Marshall on a second trip (when he has the key to the East Room), but a headache prevents her from entering it. While she waits alone in the entrance hall, the ghostly staircase appears to her.

She ascends, and finds herself in a room with three doors, one of which makes her feel frightened. She takes the opposite one, to a room with a mirror. Looking into the mirror, she sees herself transformed, both “stern” and made “alluring by a pervading sexual sweetness”. Something inside her, it seems, is struggling to awake. A different set of stairs leads from the room. Following them, she is surprised to find herself back in the hall. As soon as she steps off the last stair, she forgets everything that happened. 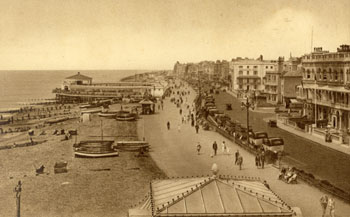 Isbel meets Judge, and feels the stirrings of attraction for him. She is, however, more interested in securing the house for her aunt. Another trip to Runhill Court ensues. Isbel again ascends the mysterious steps, and this time meets Judge in the second room. They discuss their growing feelings for one another with a frankness impossible in the normal world. Isbel gives Judge her scarf. Descending, she forgets what has happened, though finds herself looking at Judge in a strange way. She thinks she has lost her scarf.

Later, Judge meets her and gives her the scarf, telling her he found it in his pocket. Neither can remember exactly what happened, but what it suggests is, to the two of them in their conventional mindsets, shocking and shameful. Determined to get to the bottom of the matter, Isbel and Judge return to Runhill with the aim of climbing the stairs and settling their feelings. For propriety’s sake, they are accompanied by the scheming Mrs Richborough, a widow who has her eye on Judge.

But in the “haunted rooms” once more, Isbel and Judge express an even deeper love than before. Mrs Richborough also climbs the stairs, but in the rooms above has thrown off her jealousy of the couple. She enters the third door — the one which Isbel was afraid of — but soon flees its room without an explanation. Isbel and Judge then enter the room behind the third door and find it has a window looking out onto a 9th century Runhill in Spring (the story has been taking place in Autumn). A musician is sitting on a hill close by, his back turned. His playing excites their passions. Isbel removes her engagement ring and throws it out of the window. A moment later, the vision of Spring fades, their feelings return to normal, and Judge decides it best they should end their relationship. They descend the stairs to find that Mrs Richborough has fainted because of the sight of Isbel’s ring suddenly falling from out of nowhere. But the widow, back to her old jealous self, knows something is going on between Isbel and Judge. Isbel (having forgotten the feeling that led her to remove the ring) says they must return yet again, the next day.

Duly turning up at Judge’s hotel, however, she finds that Mrs Richborough has died in the night and Judge has gone. She sees the ghost of Mrs Richborough and follows it to Runhill. Mrs Richborough disappears, but Judge appears. He claims to have climbed out of the window in the third room and is now in the 9th century landscape, not his own. He plays the musician’s instrument and manages to wake Isbel to see the same reality, but only briefly. Then the musician appears. Isbel sees Judge look into his face with horror. The musician plays a grating note and Judge falls dead.

Meanwhile, Marshall Stokes has received a note from Mrs Richborough (sending it was the last thing she did while alive), telling him to visit Runhill Court that day to find out what is going on between his fiancé and Judge. He goes and, finding Judge dead and Isbel fainted, calls off the engagement. Isbel and Mrs Moor leave for the Riviera, but the book ends with hints that Isbel and Marshall will get back together again.