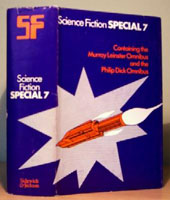 Science Fiction Special is a numbered series of hardback omnibus editions released between 1970 and 1983 by the publisher Sidgwick & Jackson. I haven't been able to find a site listing the entire series in one place, so here's one I compiled. (This information was gathered from the excellent Locus Index to Science Fiction.)

Sidgwick & Jackson published the first UK hardback of David Lindsay's The Violet Apple, then included it in Science Fiction Special #33, alongside Frederick Turner's A Double Shadow. 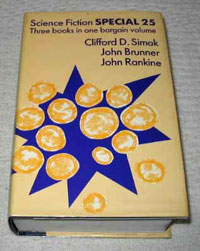 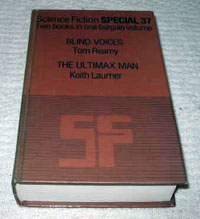