Throughout his life, David Lindsay remained close to his sister. Not only did they live in the same house in Lewisham until his marriage in 1916, but she was there at the end of his life, taking him a daily food tray in the week before he was finally hospitalised.[1] According to J B Pick, her philosophy in life was “be inert”[2] — a minimalistic phrase for a minimalistic outlook — but there are, still, enough records about her to provide a basic outline of her life.

Margaret Lindsay was born on the 14th August 1873 in Lewisham district, four years after her older brother Alexander and three years before her younger brother David. In 1890 (at the age of 17) she began working at the Post Office as a sorter. (As the Post Office was government-owned at this time, this meant she was classed as a civil servant, and her appointment was announced in The London Gazette on October 7th 1890.) This wasn’t at the local branch, though; it was at the Savings Bank division,[3] which, being housed at the time at 144 Queen Victoria Street in Central London, entailed a 6-mile journey from her home in Blackheath Rise, Lewisham. (It was also only half a mile from where David worked with Price Forbes, making it possible they took the same train into work.[4])

Announcement of Margaret’s appointment to the Post Office, The London Gazette, 1890 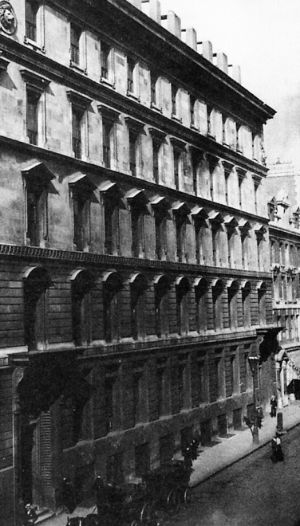 The Savings Bank was launched in 1861 as a flexible and accessible way to get more of the UK’s populace saving. The minimum required to open an account was a shilling, and the fact it could be accessed from any local post office gave it an instant advantage over most banks of the time. Women were first employed there in 1875 (as a cost-saving measure, being paid about two-thirds the wage of the already low-paid male clerks), and it was consolidated into a single, five-story building in 1880. By 1890 the Savings Bank employed more than 1,600 clerks, and handled an average of 30,000 deposits and 10,000 withdrawals each day. All transactions, though initiated at local post offices, had to go through the main office, which had no automation in place until the second half of the 1920s. All clerical work, then, was done by hand. Work was from 8:30am to 4:30pm, six days a week. Male clerks were paid 12 to 20 shillings a week, and sorters like Margaret were expected to process 400 items per hour.[5] Her “be inert” philosophy evidently didn’t extend to her working life.

She did have holidays, though. She seems to have been the only one of the Lewisham Lindsays to have accompanied David to Spittal in 1887 and 1889,[6] where the pair holidayed with their Jedburgh relatives. She was up in Jedburgh again in 1900, this time with her mother.[7] And in 1907 and 1913, she, her mother, aunt, and brother had spring holidays in Folkestone.[8] There were doubtless others.

In 1896, she was bridesmaid at the wedding of her two-years-younger cousin (and namesake) Margaret Annie Joyce, at St Stephens in Lewisham.[9] When her other Joyce cousin, Edith Marian, married a hotelier in Madeira in 1903, Margaret, her mother, and her aunt Mildred Couchman all visited the island a few months later.

After David’s marriage in 1916, Margaret continued to live with her aunt and mother till their deaths in 1926 and 1928. (Margaret was named executor of her aunt’s will,[10] and received the bulk of her estate — more than £6,000 after specific bequests (including £1,000 to David).[11] This equates to more than £360,000 in 2019 terms.) Following this, I have only sporadic records of where she lived. In 1930 she was at 1 Queenhill Road in Croydon,[12] an address David Lindsay stayed at when he wrote to E H Visiak in November 1929. In the following years, she makes several sea-trips to Madeira, presumably to see her cousin Edith, and the addresses she gives — David’s at Sea Lane in Ferring,[13] and Robert Barnes and his mother’s in Croydon —[14] imply she might have been lodging with other people rather than having a permanent home.

Post Office workers at the time retired at the age of 60[15] (which Margaret would have reached in 1933), but it’s possible she retired early, thanks to the money she inherited from her aunt and mother, and perhaps also from the sale of the family home at Blackheath Rise, as she was evidently no longer living there. And, unlike David, she didn’t have her own family to support. Certainly, her 1930s visits to Madeira (in one of which she was accompanied for a time by David’s wife Jacqueline[16]) lasted months rather than weeks.

It’s a sign of how close David and Margaret were that she knew some of his friends. David took her to visit E H Visiak and his mother in 1932,[17] and, as well as using Robert Barnes’s mother’s address, she wrote to her later on, when David was in his final illness. (Margaret was of similar age to Barnes’s mother Florence, who was born in 1869.)

In the 1939 Register (a census of the UK), Margaret is living on the south coast of England, in the village of Ovingdean (now part of Brighton), six miles east of her brother.[18] Listed as a retired civil servant, she shared a home with two women of her own age, cousins Ethel May Dowling and Maud Evelyn Tebb, along with their house-servant Alice Sarah Watkins. (From 1929 to 1939, these three women were living at 6 Queenhill Road, just down the road from where Margaret herself lived in 1929–1930.)

As already mentioned, Margaret was with her brother in his final weeks, taking him a daily food tray until he was hospitalised, and reporting on his condition to Robert Barnes via his mother. 69 years old herself by this time, she would nevertheless go on to live until the age of 92, dying in Sutton Coldfield,[19] less than an hour from her mother’s birthplace (Leamington Spa), but also close to where her niece, David’s daughter Diana, was living with her husband.

Making it to 1965 means Margaret would, hopefully, have got to witness the start of the revival of her brother’s reputation as a writer. J B Pick, Colin Wilson, and Robert Harvey had written early essays on Lindsay’s work and, though she might not have been aware of these, she must have known that, in 1963, A Voyage to Arcturus was reissued by Gollancz, and received its first US release from Macmillan.

It’s perhaps worth noting that the first woman to appear in David Lindsay’s first novel, A Voyage to Arcturus, is a sister — Montague Faull’s sister Mrs Jameson who “sometimes does me the kindness to act as my hostess”. Later in the book, Digrung braves the dangers of the Ifdawn Marest to visit his sister, Joiwind. The male protagonists of both The Violet Apple and The Witch have sisters, and though these probably don’t reflect David Lindsay’s own relationship with Margaret, we can be sure his relationship with her was important throughout his life.