Vakula, A Voyage to Arcturus 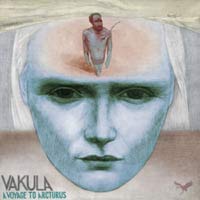 Opening with a reading of Backhouse’s speech from the first chapter of David Lindsay’s novel, this 3-LP album from “Ukranian house mystic Mikhaylo Vityk”, a.k.a. Vakula, is described as “more of an imaginary soundtrack than {an} outright album”. Clocking in at an hour and half play-time for sixteen tracks, it’s tagged as Experimental/Electronic in style, though its musical palette is more varied than this might suggest, incorporating as it does a wide variety of instruments, sampled, synthesised or traditional, including a good deal of percussion, wordless vocals, and some Santana-style (recalling his Caravanserai album) electric guitar. At times trancey, at times ambient, at times outright funky, to my ears some tracks evoke Tangerine Dream, others Louis and Bebe Barron’s music to Forbidden Planet, with an occasional dash of 1960s and 1970s film soundtrack — which may make it sound like a mixed bag, but I think the music has a genuine unity, not just in its reference to Lindsay’s novel. Not as dark or intense in sound as Henry Kaiser’s or Ron Thomas’s albums based on the same novel, Vakula’s album emphasises the imaginative, contemplative and psychedelic aspects of A Voyage to Arcturus, though tracks such as “Crystalman’s Empire” or “Surtur’s Sounds” are certainly not for dancing to. 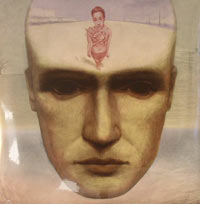 The review at DJBroadcast.net says: “A Voyage To Arcturus sounds like an old technicolour journey through all the mystical, pleasant and odd places on the earth, from a bar in Miami to an elevator in the 30s; from a Mexican street to African ritual music with a Krautrock concert and an 80s hotel lounge inbetween.” While The Attic.net says: “Vakula juggles with different types of music, from synth Carpenter-esque jazz to psychedelic cinematic tracks, ambient, sleazy tropical funk and electronica.”

The album is abailable digitally (from 24th August 2018) from Bandcamp and Amazon.